A version of Sophocles’ King Oedipus and Oedipus at Colonus.

Rachel Kitzinger, writing of Derek Mahon’s Bacchae, noted that his ‘great achievement emerges most strikingly in the beauty of his choral odes’; and the same is true of Oedipus. This new version is striking too for its dramatic invention. It reminds us that Sophocles’ Theban plays aren’t only about Oedipus but about Thebes, the human community. The city is stricken by an unidentified plague: everyone suffers. Oedipus, the cause of this, will also bring redemption. Destroyer and saviour both, he will rescue Thebes through shocking self-discovery and expiation.

Sophocles (496-406 bc) was the author of more than a hundred plays, of which only seven survive; these include three based on the saga of the royal house of Thebes.

Listen to the RTÉ Sunday Playhouse podcast of Oedipus after Sophocles’ with Stephen Rea in the title role:

Freud’s reading of Oedipus mobilised most twentieth century interpretations of the plotline – boy kills father and sleeps with mother, then blinds himself in a fugue of self-loathing – but many modern anthropologists see the story as a liturgical ritual of scapegoating and human sacrifice, in which the victim is sufficiently like the community-in-crisis to represent it, and at the same time sufficiently different (Oedipus is a foreigner with a clubfoot) to stand for the apparently alien threat to its survival. Perhaps that explains why the play was performed as a Christian Passion Narrative in Constantinople during the Byzantine period and why Oedipus was identified as more saint than sinner, an innocent man accused unjustly of the monstrous crimes of patricide and incest — in short, more a lamb of god than a black sheep. 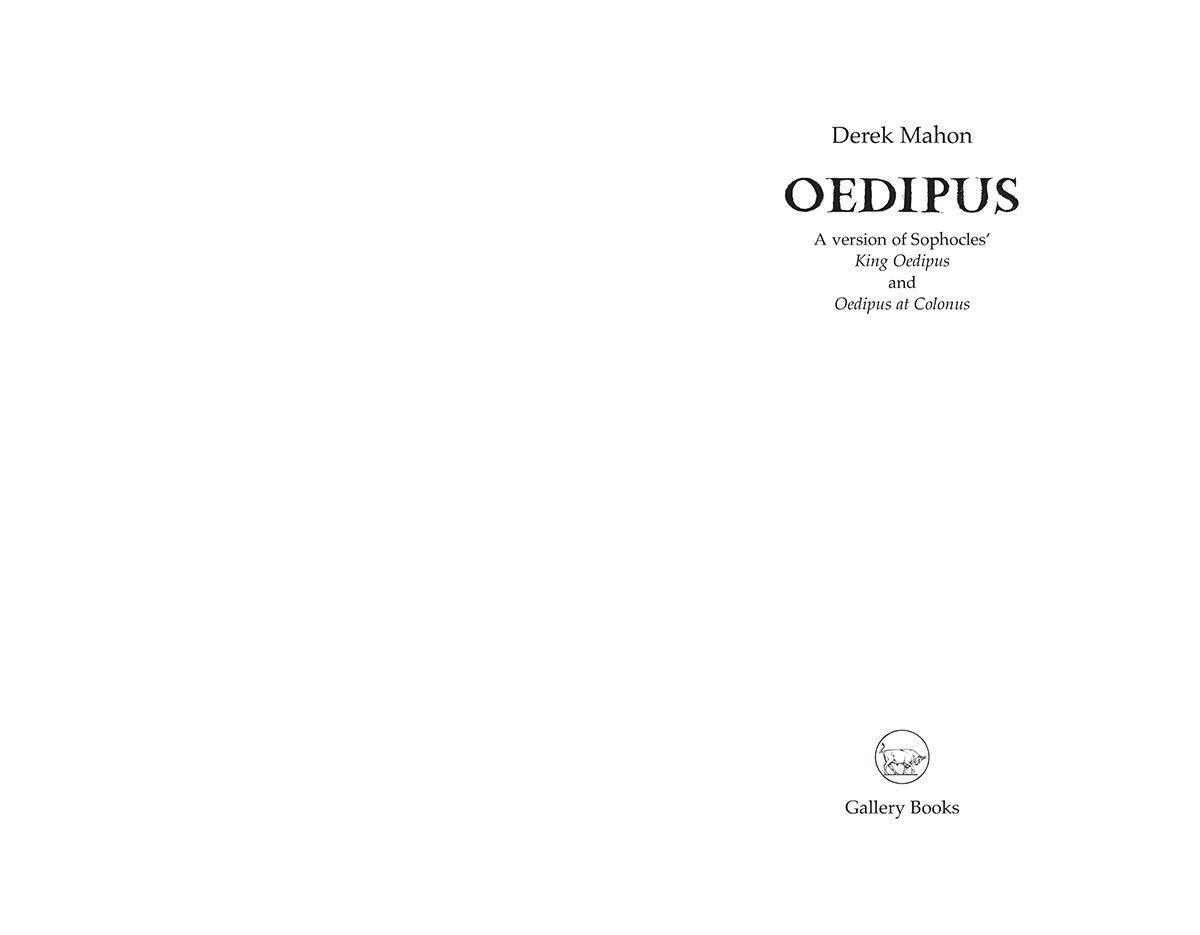