A magnificently consistent and far-ranging oeuvre that engages with questions of longing and belonging, aesthetics and politics, home and exile, culture and environment, at a pitch unmatched in modern poetry.

A poet of prodigious gifts who has enriched contemporary literature and continues to astonish and delight.

Derek Mahon was born in Belfast in 1941. A member of Aosdána, he received numerous awards including the Irish Academy of Letters Award, the Scott Moncrieff Translation Prize, and Lannan and Guggenheim Fellowships. In recognition of his ‘lifetime’s achievement’ Derek Mahon received the David Cohen Prize for Literature in 2007. Publications from The Gallery Press include The Hudson Letter, Journalism, The Yellow Book, Words in the Air (bilingual, with the French of Philippe Jaccottet), Birds (a translation of Oiseaux by Saint-John Perse), Harbour Lights (2005, Winner of the Irish Times Poetry Now Award) Adaptations (2006), Life on Earth (2008, winner of the Irish Times Poetry Now Award), An Autumn Wind (2010), New Collected Poems (2011), Raw Material (2011, a selection of translations), Selected Prose (2012), Echo’s Grove (2013, selected and new translations), Red Sails (2014, prose), New Selected Poems (2016), Olympia and the Internet (2017, essays), The Rain Bridge (2017, A Story for Rory, illustrated by Sarah Iremonger), New York Time (a version of The Hudson Letter), Against the Clock (2018, winner of the Irish Times Poetry Now Award) and Washing Up, published on 29 October 2020. The Poems (1961-2020) was published in September 2021. The Adaptations (1975-2020) gathers Derek Mahon’s versions of poems from other languages and cultures and was published in May 2022.

His work for the theatre includes versions of Moliere’s The School for Wives and High Time, Racine’s Phaedra, The Bacchae (after Euripides), Cyrano de Bergerac (a new version of Rostand’s ‘heroic comedy’) which was produced at London’s National Theatre in 2004 and Oedipus (after Sophocles) which was published in 2005. In 2013 his collected plays, Theatre, was published.

Limited Signed Editions have also appeared from The Gallery Press — Somewhere the Wave with drawings and watercolours by Bernadette Kiely (2008) and Rising Late with paintings and drawings by Donald Teskey (2017).

Autumn Skies, Writers on poems by Derek Mahon was published in 2021 in honour of what would have been Derek Mahon’s 80th birthday.

The Poems (1961-2020) comprises, in their final form, all the poems Derek Mahon wished to preserve. 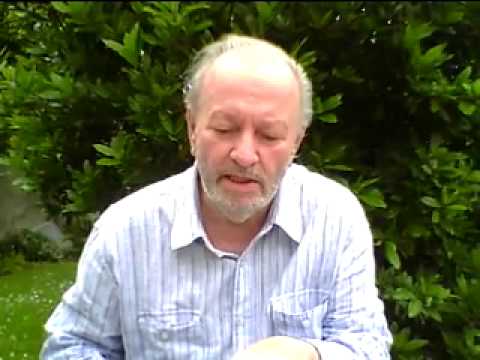 Derek Mahon reads ‘Everything Is Going To Be All Right’ from New Collected Poems.

Derek Mahon reads ‘Somewhere the Wave’ from Life on Earth.