My love, he’s an Olympic champion.
Wimbledon? He’s won more than seven times.
As a boy he survived pogroms in Kiev.
from ‘Heart Surgery’

In Frank McGuinness’s sixth collection, The Wedding Breakfast, imagination and recollection combine to register historical and political moments (‘Burnfoot’, ‘The Battle of Clontibret’, and ‘The Protestant Boys’), a son haunted by his father and the author’s marriage in the Cardiac Unit of a Belfast hospital. Poems prompted by Bruegel the Elder and Géricault join versions of Lorca and Villon. Infused with an Oriental sensibility the book embraces far-flung places — Machu Picchu, the Ho Chi Minh Trail and the bus to Fatima.

The Wedding Breakfast, Frank McGuinness’s finest collection, concludes with a stunning elegy (‘Who Could Survive the Atlantic Ocean?’) for Danny Sheehy.

‘[Frank McGuinness] is an important ‘Northern’ writer, although his reach extends much wider than that contentious province. As a dramatist, he’s up there with Friel. As a poet, he fits with Montague and Hewitt, with perhaps a spicing of Longley. He can be lyrical and strident. He is steeped in his home place, its lore and memory. This collection tosses a wide net over his preoccupations, glimpses of a life infused, like a good gin.’ — Books Ireland

‘Frank McGuinness’s The Wedding Breakfast (Gallery €11.95) is deeply reflective. His arresting opening sonnet begins, “That could be me, the red hair man/leading his child, his red-haired child/down the aisle of the moving train/ travelling to Belfast…” The child and the man share “secrets” and “stories” which are “passed from finger to thumb,/ stories that begin, that end on a train/moving to Belfast, travelling from Dublin/where somebody says to himself,/that could be me, the red hair man/ leading his child, his red-haired child . . . With its tail in its mouth, its endless mirroring, its small yet distinct drama, it’s an addictive poem, setting the stage for a collection of poems as dramatic and harrowing as the Greek drama which inspires this major playwright.’ — Martina Evans, The Ticket

Frank McGuinness’s The Wedding Breakfast, his sixth collection, opens with a photograph taken in Buncrana, Co Donegal. In it, his grandmother and neighbours are standing in an otherwise empty street, by a gateway. The caption tells us that ‘the gateway leads to my grandfather’s forge over which I was born’ In that vein, this latest collec­tion dives into history, both personal and national. Some of the poems here are small – songs, or progressions of imagistic stanzas – while others are discursive, combining the casual with the philosophically ambitious.

In the shorter, less narrative poems, such as ‘Knights’, ‘Tullydish’, ‘The Bay Tree’, and Jpples·, McGuinness’s imagery is more unexpected, and there is a grace to the rhythms that is missing in the poems with less measured stanzas. In these more sparse poems, there is just enough room for mystery, and for the reader’s involvement. The images have some­thing of the archetype, something almost Yeatsian: ‘I came across three birds in flight, / a pike and lances singing, I illusions of fife and drum, / the rising moon of morning’ (‘Knights’). Some of the best poems in the collection are elegies. ‘The Grave·, a poem in two parts, is haunting in its images – ‘The garden sang songs each New Year’s Eve’ The final elegiac poem, ‘Who Could Survive the Atlantic Ocean’, is ceremonious and heartfelt.

The tone here is often declarative, and ageing is a prominent concern. McGuinness’s rhymes, too, are often subtle, and his poems can be circular, turning back to their own begin­nings to measure a progress, or lack thereof. In ‘Orion’, for example, a father and son change places:

When my father muddled himself
with Orion the hunter
he chased fantastic prey
through strange Inishowen,
urging on his bread van
along the limb of the sun,
steering as if the stars
were earth beneath our feet.

These feet, these stars,
they were our guide.
I fill his shoes now
with the dust of our days,
seeing him ascend
leaving us behind,
implacable and cold.
He is hungry Orion.

The rhymes are subtle, and this gives a sense of structure that the language otherwise lacks metrically. . . Overall, this reflects a less acute gaze in The Wedding Breakfast. In the title poem, for example, the surgeon ‘was Greek, some Apollo. / He fancied himself another Dylan, / blood on the tracks like blood on the lancet.’ The associations here seem a little odd, or obvious. That is not to say that, on the broader level, the poems in McGuinness’s collection do not attain an impressive scope – in ‘The Wedding Breakfast’ alone, we move from the Royal Victoria Hospital, Belfast, to some striking imagery in ‘gifts of cats’ tails and egg shells’, through Chinatown, Soho, and on to an affair in Dublin. McGuinness weaves these strands with skill and craft, showing a confidence in the ability of his poems to shift and move between ideas. Though the images themselves might not always surprise us, the narrative movements of the poems often do.

Frank McGuinness’s The Wedding Breakfast (Gallery €11.95) is deeply reflective. His arresting opening sonnet begins, “That could be me, the red hair man/leading his child, his red-haired child/down the aisle of the moving train/ travelling to Belfast…” The child and the man share “secrets” and “stories” which are “passed from finger to thumb,/ stories that begin, that end on a train/moving to Belfast, travelling from Dublin/where somebody says to himself,/that could be me, the red hair man/ leading his child, his red-haired child.”

With its tail in its mouth, its endless mirroring, its small yet distinct drama, it’s an addictive poem, setting the stage for a collection of poems as dramatic and harrowing as the Greek drama which inspires this major playwright. Writing can be an unforgiving vocation as Prayer to Apollo asserts, “Apollo forgives sins ,/all his priests said,/ripping wings from us/like roasted birds.” Epithalamion upends the traditional wedding blessing charting a violent loveless marriage to its savage conclusion as “…children poured/ from them like petroleum./They run a tight ship/carved out of coffins/at each others’ lips,/ just as she imagined/whenever she burned/as he poked and jagged/and she was with him/turned into a herd of jags.”

The savagery is both heightened and relieved by the sumptuous title poem a joyous gay marriage in the Cardiac Unit of Belfast’s Royal Victoria hospital. Iambic pentameter rings out at this magnificent celebration where “Needles administer the wedding breakfast./A champagne reception of Lucozade./One groom wore the best of black pyjamas”. The nurse is from Hong Kong, “Rewriting the Bible in Mandarin,/reciting Solomon’s Song in Shanghai,/she brought us two rings, connecting claddaghs,/ through Chinatown, Soho…”

The Hong Kong nurse, the claddaghs and the Bible in Mandarin reflect McGuinness’s large geographical sweep as poems about Machu Picchu and the Ho Chi Minh Trail rub shoulders with poems from his native Donegal like Burnfoot whose waters are identified with the River Jordan, McGuinness, alert as always, to the fine pivotal moments of political change.

The Valley of Tears

There is what initially might strike the reader as a mood of pleasant nostalgia in some of the poems in this collection, the seventh from playwright, novelist and poet Frank McGuinness. After the pastel tones of the cover image – a domestic scene painted by Constance Markievicz – the poems are introduced with a 1930s photograph of Frank McGuinness’s grandmother and two neighbours on their street in Buncrana. There are two further knots of people, tiny in the distance. Otherwise the street, strangely empty of cars and carts, is eerily silent. It has a lonely feel but is decorated with bunting. Are the people photographed waiting for a procession? If so, it is probably religious one. It is hardly to celebrate electrification, which appears to have arrived in the town. Beside the foregrounded clutch of people is the gateway to his grandfather’s forge, above which, a note tells us, the poet was born.

Childhood vignettes abound, and storied objects, like those in the titles of “The Jaw Box” and “The Winter Coat”, are given a sheen by all they’ve lived through with their various owners – all their shared journeys in time and space. Here are some lines from “Five Pound Note”:

Thin as snow and smelling of papyrus,
a five pound note that came from Alaska,
all robed in purple like an emperor.

My father’s neighbour, just home from the States,
pressed it into my Communion paw,
a wage to appease gods of Donegal.
[…]
Where is it now – the snow of papyrus?

“Morphine” is a wonderful poem of childhood with a dark undercurrent. Several of the book’s poems use the organising principle of line repetition in closure, as here: the poem reels into then back out of itself, the first line repeated as the last.

There is perhaps something contemporary and less secure somewhere in the background here. “Taking” drugs, the first hit and feeling you could fly point to something beyond joyous innocence, something less sheltered, less stable. And then there is Aunt Eileen’s “Is that boy mocking us or what?”

Comfort and security are illusory; they are always weighed down by the fears that are kept to hand. In “A Dream About My Father”, the dream is of his father’s death. Comfort, community, family all collapse and vanish,

the frail thing of flesh and bone,
laid out, broken, on the kitchen lino
[…]
and me not there, no one – none of us there
to hold his hand, no one to touch his face,
to whisper any words to comfort him,
to hear his voice echoing like a child,
calling father, father, father, father …

“Epithalamium”, whose title would posit it as a poem celebrating a marriage, is a lilting song of pragmatism, woe and hurt, a lay of the vale of tears, parodied and turned into a song.

The husband fucked her
at the wedding breakfast.
She did not demur
[…]
The children poured
from them like petroleum.

It is not the only dark take on marriage. In “Adieu” a wife looks forward to her husband’s death:

May you know my wedding vows were lying.
May your sons mock you as you are dying.
Fetch me a hammer, some wood and some nails.
I’ll build your coffin from my widow’s wails.

There is a snarl of cynicism in that final line, while the imagery simultaneously achieves an almost folkloric resonance.
The marriage theme resonates right from the collection’s title. The titular poem is blunt in its own way:

We married last September in Belfast.
The Cardiac Unit, Royal Victoria.
Your heart surgeon said he’d do the honours.
[…]
A champagne reception of Lucozade.
One groom wore the best of black pyjamas.
Our bridesmaid, the kind nurse from Hong Kong

This version of matrimony is better than any other in the book:
surviving heart surgery, sacred as gold.

Here and elsewhere in the book there is a playful, surrealistic sense of history, personal, national and global; one that mixes the far-off in with the ‘homeland’: thus “the Four Seasons outside Monaghan” has a cameo in the poem “Vietnam”, and Skellig Michael is visible from “Mach Picchu”, whose “Inca builders” made it

the strangest outpost of their breathless empire,
fluent in a Gaelic conquistadors had forgotten

Like the free play of the imagination that Machu Picchu might represent, security is fragile in this book. The “Five Pound Note” of that poem was used “For winter fuel”. Love too is fragile, but life the more so. The moving “Heart Surgery” asks the question,

Where on earth can we find the motherland?
How about Coleraine, among green, green bushes?
The roundabout, beside the Lodge Hotel,
cars spinning, heading for Portrush, Portstewart,
in each a new heart beats for my lover,
[…]
through polished windows he can see Scotland.
When he’s well we’ll walk there over the waves. 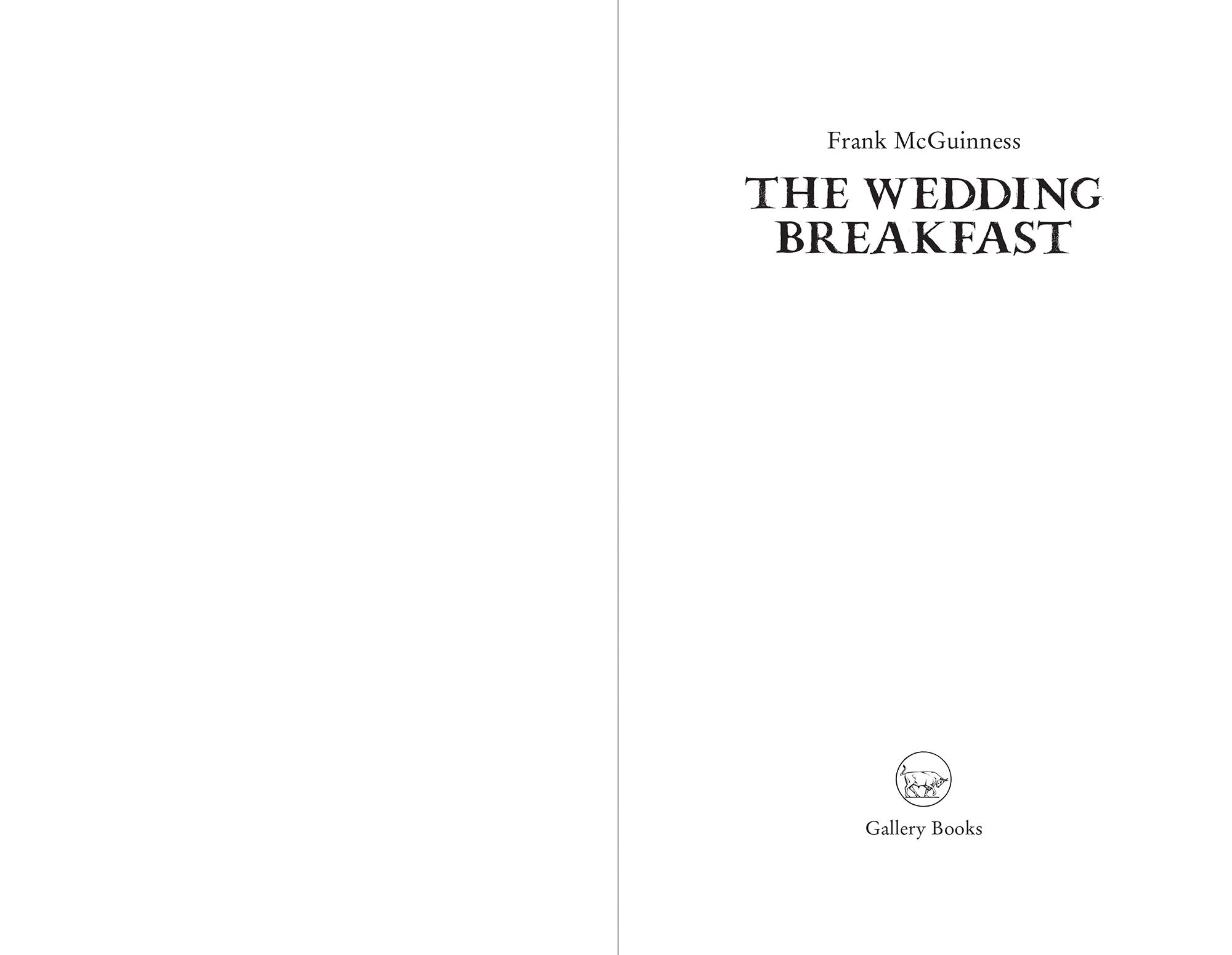