Words in the Air

Words in the Air: A Selection of Poems by Philippe Jaccottet (Bilingual)

Philippe Jaccottet was born in Lausanne in 1925 and has lived for many years in Provence. Words in the Air is excerpted from Mahon’s Viking/Penguin Philippe Jaccottet: Selected Poems, awarded the C.K. Scott Moncrieff Translation Prize in 1989 and now out of print.

Derek Mahon writes in his introduction ‘Most people approach contemporary French verse with trepidation, suspecting that what they are being asked to read will prove to be puzzling, gratuitous, angular, abstract, inﬂated and doctrinaire, bearing little resemblance to poetry as it’s understood in the rest of the world; but readers of Jaccottet need have no such fears.  . . . Jaccottet’s poems take place, characteristically, in the absence of most other noise; but in the tentative birdsong, running water and rustling leaves of his landscape one hears an enchantment, what used to be called the music of the spheres.’

‘The title of the collection by Philippe Jaccottet (b.1925) from which “Words in the Air” (“Paroles dans l’Air”) is taken – L’Ignorant (1958) – gives a clue to his view of poetry and its place in our lives. It is close to John Keats’s theory of “negative capability” (“the poetical character is not itself – it has no self – it is everything and nothing – it has no character”), a point Jean Starobinski makes in his preface to Jaccottet’s Poésie 1946-1967. Jaccottet, Starobinski writes, “makes of ignorance the receptacle of the greatest truth, on condition that ignorance remains perpetually alert, sensitive to . . . the contingencies of the world”. This self-emptying (“let self-effacement be my way of blazing”, as Jaccottet says in “That the End Enlighten Us”) is necessary if the “other world” he believed to be present within this one is ever to be glimpsed. And although alertness cannot of itself guarantee this, every poem, for Jaccottet, is a setting out in pursuit of it.’ — Times Literary Supplement 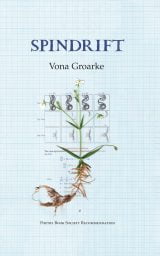