The Gravity Wave is a Poetry Book Society Recommendation.

'The title, The Gravity Wave, evokes several possible interpretations and he extrapolates these, suggesting, among other things, both a momentum (wave) and a restoring force (gravity). “The gravity wave” connects all life, past, present and future. In terms of the universal, our existence may be of negligible consequence, and transient, but our songs and stories, energy, our very particles, are all part of the continuum . . . With a grace and tonal quality reminiscent both of Derek Mahon’s meditations and Vona Groarke’s lyrics, Sirr continues to be open to the world, like the dog who is following his nose; doing, as Denis O’Driscoll would declare, “whatever it takes to make it last”.' — Afric McGlinchey, Dublin Review of Books

‘Peter Sirr draws on the classics — Homer, Catullus, Sappho — to ask if we, in comparison, live in a disenchanted world:

Diminished? Really? Gods don’t hold us, the temples
wither, the priests are all in sales
but the sun still shines, the oxen low
and the winedark sea is still as dark as wine.

He acknowledges world-traumas — the Final Solution, “Shahad, Rawan, Maram / this hand in the rubble / these broken shutters / shrapnel on the bed cover” — while risking, as Auden had it, a voice of affirmation and praise. I admire this book for how it registers the weight of the world, and also for its creative resistance to the brutality of the actual.

Sirr combines vivid forms, their hewn heft . . . with a felicitously wrongfooting weirdness all his own: “as if here we might be, when it’s all over, / walking through fields of Lidl”; “the deviceless avenue / notified by trees, alerted / by fuchsia, montbretia”. Each poem seems written with immense care, not only to arrange words scintillatingly, but also to preserve the briefest, most otherwise-ephemeral details. Reading these poems, we’re reminded that exactly where we’re vulnerable is where change is possible.’
— from the PBS judge’s citation

“I don’t want to count deer, I want/ to count in deer…” – Peter Sirr is as deliciously surprising as ever in Deer, Phoenix Park, one of the eight exceptionally fine sonnets which begin The Gravity Wave (Gallery €11.95). “Antler, Forest, Eyes,/ Stillness, Speed, Hide…I’d like/ this currency to fall between us/where we step invisibly from the car/slipped from ourselves to kneel/grass-lit and concentrated, close to a road/that keeps wobbling and clarifying/like the rim of the world or the end of speech.”

The breakdown of language in Joyce’s Oxen of the Sun episode comes to mind immediately perhaps because this is Sirr’s Ulysses-haunted Dublin. Familiar territory is always becoming stranger as he draws on the old touchstone writers, Homer, Catullus, Sappho among others. The Gravity Wave which gives this collection its title is a term from physics. It describes a ripple in the time-space fabric – an apt metaphor for the unsettling enchanting metamorphic wave which runs through so many of the poems like The Now Slice:

“Breakfast is over, you’ve gone to the hard world.
Ulysses struggles from a speaker, nearly dead.
He flails in the waves, a towering headland
staring him down. Where’s help here?
The floor turns stone, the kitchen Mycnaean.”

The breakdown of language in Deer, Phoenix Park is succeeded by Robotics, “Fake poets come up on the fake news/Robot lyrics cram the playlists…” a chilling look – with an echo of Yeats – at how “All these lies make an algorithm of the heart”. This collection is weighted with grief, particularly in the haunting voice of Radio Life and Eurydice Awake – a terrific and substantial poem which transfers the old myth to a modern dystopian landscape, “the paused air where you stand/in the middle of the car park,/the door opening, the car reversing”. Yet Sirr miraculously balances this chilly heartbroken world against a solid belief in humanity and the power of love. The sense of marvel, of possibility is tangible especially in the title poem:

“Where next for this gust
printing itself on your dress,
catching the rim of your hat, riffing
in the strands of your hair?”

Peter Sirr is a Gallery poet, with eleven collections, including Marginal Zones (1984) (winner of the Patrick Kavanagh award), Selected Poems 1982-2004 (2004), which was also published by Wake Forest University (2005), and The Thing Is (2009), which won the Michael Hartnett award. He has been described as “one of the brightest stars of the generation of Irish poets born in the 1960s”. His latest publication, The Gravity Wave, is a Poetry Book Society Recommendation.

If I had to select one word to define Sirr’s preoccupation in this collection, it would be “connection” – particularly with the indefinable. As Nietzsche once put it: “the invisible threads are the strongest ties.”

The title evokes several possible interpretations and he extrapolates these, suggesting, among other things, both a momentum (wave) and a restoring force (gravity). “The gravity wave” connects all life, past, present and future. In terms of the universal, our existence may be of negligible consequence, and transient, but our songs and stories, energy, our very particles, are all part of the continuum.

It is a common poetic device to use myth as a vehicle to convey themes, and here Sirr alludes to Ulysses, Neptune, Eurydice, among many other cultural, social and artistic references. What distinguishes The Gravity Wave from the usual themes of nostalgia, consciousness of time passing and the associated sense of invisibility ageing brings, is a kind of psychic connection with both the observed and the unseen worlds, a conflation of past and present, where “history claws the mud and curses in your ear …” and “centuries hang like apples on the trees” (“Walking Home”).

The opening sonnet takes elements from a domestic breakfast scene and whirls them synchronously with others across eras and space: “Ulysses struggles from a speaker, nearly dead … I lift my cup and a star / explodes, a meteor crashes into the moon.” (“The Now Slice”). A similar effect is achieved in “The Comeback”: “you swim / through a crowd / and the building / collapses”. The latter poem shifts from concrete evidence of a city being rebuilt (jackhammers, cranes, yellow hats, high-viz vests), to an earlier city from “the tangle of centuries”, these convergences blurring reality:

Can I really own
these hands,
these eyes darting
from building to building
face to face,

For the reader, what remains elusive is the relationship between the narrator and “you”, whose “accent” he has in his mouth. “Did that work?” he asks. Yes, that worked, if only because the reader is compelled to read these poems over and over, each time arriving at a fresh revelation.

In “Signals”, he uses formal, Latinate words such as “despatch”, “legates”, “heralds”, “countersign” and “decode” to connote forms of communication; words that crop up elsewhere too. And the “signals” wait for us to exchange messages:

Lean on
us, let us in, send
something we might imagine
but won’t decode
“Signals”

While often mysterious, the poems radiate with clarity and unaffectedness and Sirr’s preference for brief lines, couplets and tercets oxygenates the lyrics with white space. There is an uncluttered, yet clear and sophisticated musical intent in the accretion of echoed images and allusions, allowing for sonic and semantic patterns. Not only conscious of these himself, he draws our attention to them. In “Winterreise” (which flows, like a stream of consciousness, to the music of Schubert and Müller), “how these / images persist / incessantly repeat / so I must move like a ghost / from one to the other / and back.” If at times the motifs veer towards excess, it is perhaps with the intention of focusing the reader’s attention on subtle, layered perceptions.

There’s also the odd loveliness of the strange: “where the puffins hold up time / and the dolphins repeatedly / flare in the room.” (“Where Are You Going?”)

Assonance, rhyme, puns and mantra-like repetitions add a musicality that warrant the poems being recited aloud. In “Home”, “the sun still shines, the oxen low / and the winedark sea is still as dark as wine.” Music is a key theme, another form of connection. Though they are not mentioned, the Sirens are an unseen presence, with song frequently presented as an inspiration and source of passion: “The chorus is on fire, is fire”. In a poem where “We sit in the dark, oceans between us”, the narrator experiences a longing: “If only we were there, beyond the lutes and the cellos, / singing our way home.” (“Operatic’).

Frequently, this transposition occurs, a shifting of perspective, so that the point of view is reversed. There is a feeling that it’s not only connection but immersion that he is seeking: “Possession” begins with: “Ten thousand steps, the city at my feet / the city in my feet”. This echoes a similar sentiment in another poem: “I don’t want to count deer, I want / to count in deer” (“Deer, Phoenix Park”). I am reminded of Denise Riley’s poem “Listening for Lost People”: “to / converse with shades, yourself become a shadow.”

A key motif is the street, and a particularly poignant poem is “Naming the Street” (for Freya), where the personified street shifts its attention from the speaker to his daughter: “it’s hers now, her step we wait for, her eyes / the houses move towards.” The person addressed has become obsolescent. In another poem, with a more playful tone, it’s the street which has disappeared: “The street sign is there, but where’s the street?” (“The Street”)

The impact of stasis on the ageing body is highlighted with a deliberately repeated gesture: “hunched over the desk” (“Eurydice Awake”); “hunched and edgy” (“Ode”); “hunched over a canso / in the aparthotel” (“The Comeback”). But he counteracts this by heading outside, climbing hills, walking streets, exploring parks, considering tactile pleasures: “Your hands combing the grasses” (“Some say …”); “feasting through the grasses” (“We move lightly …”); “The centuries, as always, / swirl through the grasses.” (“The Comeback”). There is an underlying sense of gratitude and appreciation and, possibly, resistance to the idea of mortality (Dylan Thomas’s “rage, rage against the dying of the light” comes to mind):

drive me out, vigilant dogs
don’t let me rest
when it’s time for bed
“Winterreise”

Dubliners will recognise Phoenix Park, Werburgh Street, The Clarence, The Lord Edward, Conways, Baggot Street Bridge and Pembroke Street. But despite the speaker’s personal location generally being his home city, his mind also flies him to other places. There are references to Staigue Fort, Northumbria, Rome, Al-Andalus – the medieval Muslim territory of Spain – and places in India: Shahad, Rawan and Maram, as well as the Syrian neighbourhoods of al-Kalleseh, al-Firdous, as-Salheen.

While he casts an eye over the violence and destabilisation of war, it is the shared humanity of people, what they hold on to, that he focuses on:

Ignore all
you possibly can but come back
to this, Abu Omar in his shattered room
listening to the last music in the world
on his wind-up record player.

Subsequently, that first instruction is reversed:

Ignore
nothing, let the pages
spread their maps
till every bone is pinned,
every lost breath uttered.

We are invited to consider alternative choices of perspective elsewhere too: “everywhere difficulty …/ Surely nothing can be difficult now” (“Eurydice Awake”); “The windows are closed, / the windows are open. (“Blue Octavo: Images from Kafka”); “trees open and close, the great wept willow / collapses and rises” (“Renewing the Contract”).

With a grace and tonal quality reminiscent both of Derek Mahon’s meditations and Vona Groarke’s lyrics, Sirr continues to be open to the world, like the dog who is following his nose; doing, as Denis O’Driscoll would declare, “whatever it takes to make it last”. 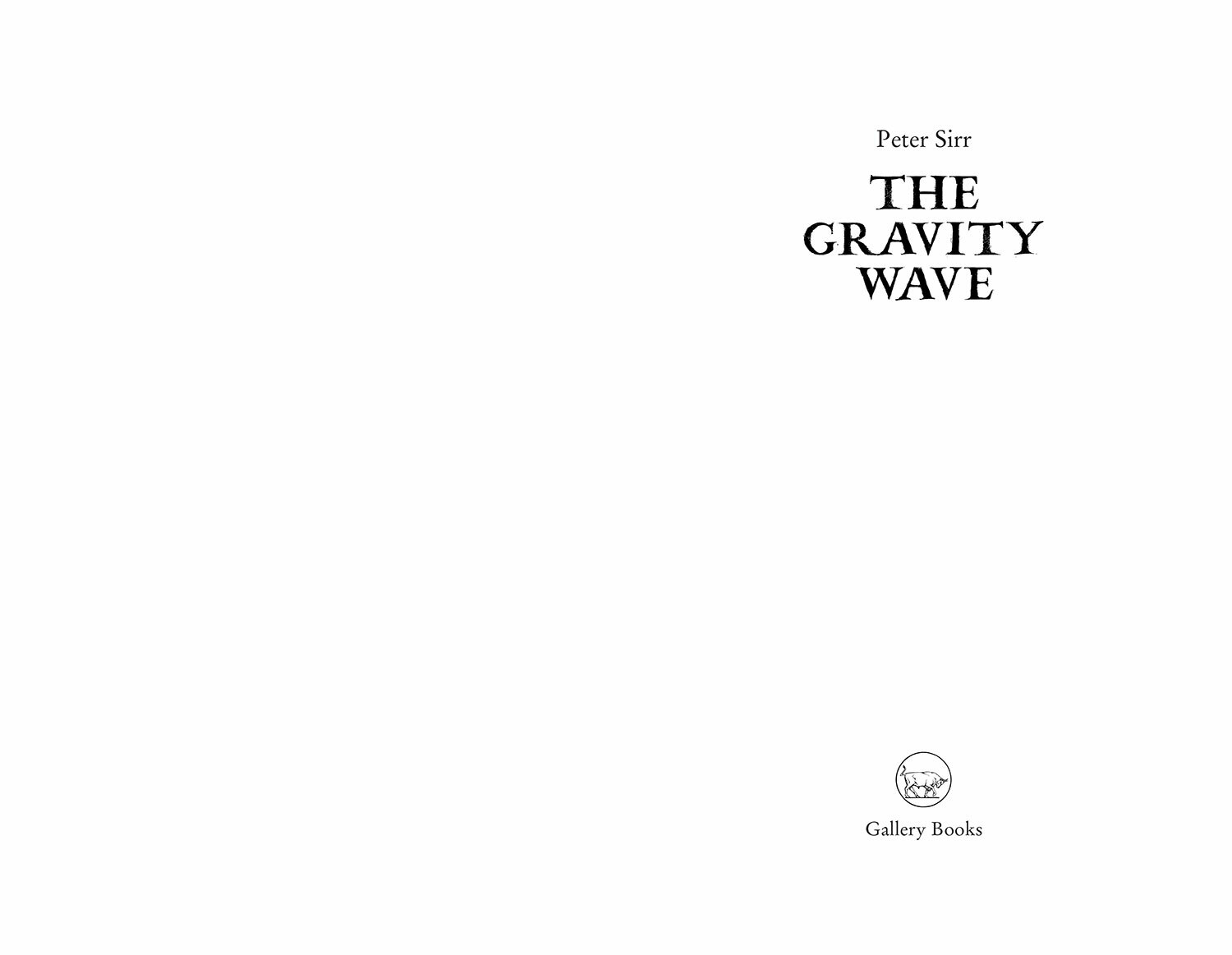