John Montague is virtually Ireland’s poet laureate. His best poems are all autobiographical . . . Splinter-sharp, they go straight to the heart and catch in the memory like burrs.

An oeuvre of epic sweep and lyric intensity.

— Seamus Heaney on the publication of New Collected Poems

John Montague was born in Brooklyn, NY, in 1929, raised in County Tyrone and educated in Northern Ireland, Dublin and the US. He taught in France, America and in Ireland (at UCD and UCC). He co-founded Claddagh Records, and became president of Poetry Ireland in 1979

His poetry publications include The Rough Field, The Great Cloak, The Dead Kingdom, Mount Eagle, New Selected Poems, Time in Armagh and Smashing the Piano. His Collected Poems appeared in 1995, the year he received the American Ireland Fund Literary Award.

In 2009, on John Montague’s 80th birthday, The Gallery Press invited an assembly of poets to select one of John Montague’s poems and to outline a claim for its worth in their estimation and affection. The immediate and enthusiastic welcome for the idea resulted in the book of essays, Chosen Lights: Poets on poems by John Montague.

Winner of the Marten Toonder Award in 1977, a Guggenheim Fellowship in 1980, and the Ireland Funds Literary Award in 1995, in 1998 John Montague became the first Ireland Professor of Poetry, and in 2010 the French State honoured him as a Chevalier de la Légion d’Honneur. He received the Lifetime Achievement Award at the Bord Gais Irish Book Awards in 2016, weeks before he died in Nice.

Poems by John Montague, admired and loved, long ago etched themselves in the consciousness and culture of Ireland. At once prophetic and taking the measure of his family’s, his province’s and his country’s travails, they introduced an international breadth to Irish poetry in the middle of the 20th-century. 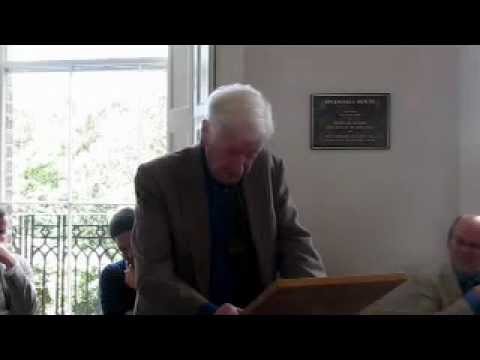